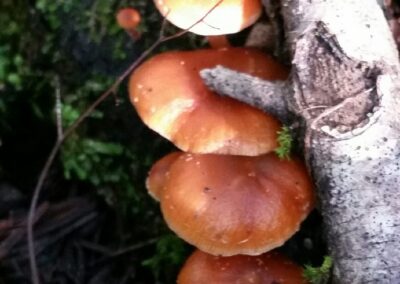 Galerina marginata by A Devitt 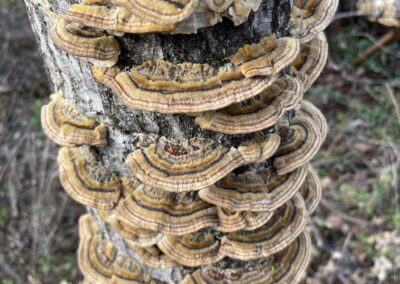 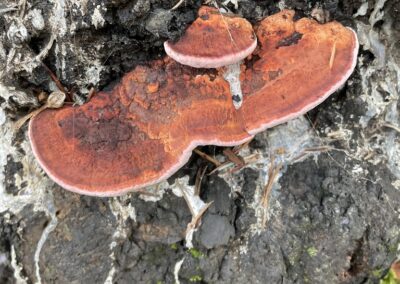 There are millions of species of fungi around the world! Most have not yet been formally described by scientists, but new species are found everywhere they look in detail. Until around 1960, fungi were thought to be plants, but fungi are neither plant nor animal. Fungi are everywhere, and very few living things could survive without them! Mushrooms are the reproductive bodies (making and releasing spores) of fungi that live inside soil or wood, helping plants extract nutrients from the soil, breaking down dead material, or feeding off other living things. Lichens are fungi that have joined forces with algae or bacteria that live within them and use light to make sugars (photosynthesis) that feed the whole community living in and on the fungus. Many fungi are microscopic, with an amazing diversity of ways of living.
Sugarloaf Ridge State Park provides many different habitat niches for fungi, and so hosts many species of mushrooms, lichens and other fungi. After a good soaking rain is an excellent time to find mushrooms along our camping sites and trails. Remember, you may not forage in State Parks without research permits, and one should never eat wild mushrooms without an expert’s ID. Deadly poisonous mushrooms do grow here.  Take a photo and leave the specimen for the next adventurer to find.
We use iNaturalist to assemble a list of fungi that have been IDed within the park (275 as of the beginning of 2022). Our running list is here: https://www.inaturalist.org/observations?place_id=136395&subview=map&taxon_id=47170&view=species 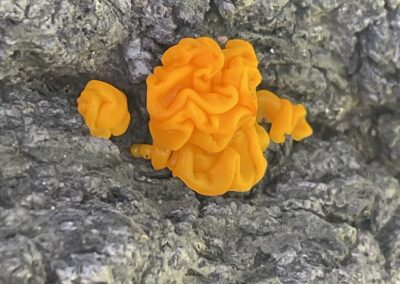 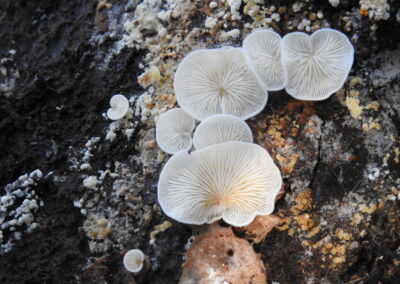 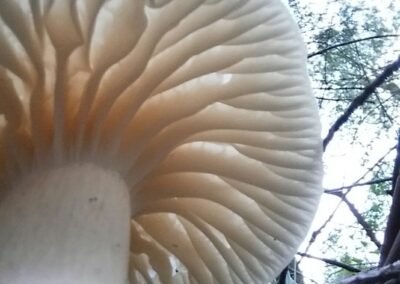 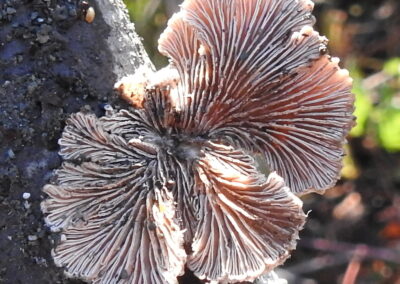 Get your Park Pass
Staff Only