Taking Stock of Our Fire-Prone Environment 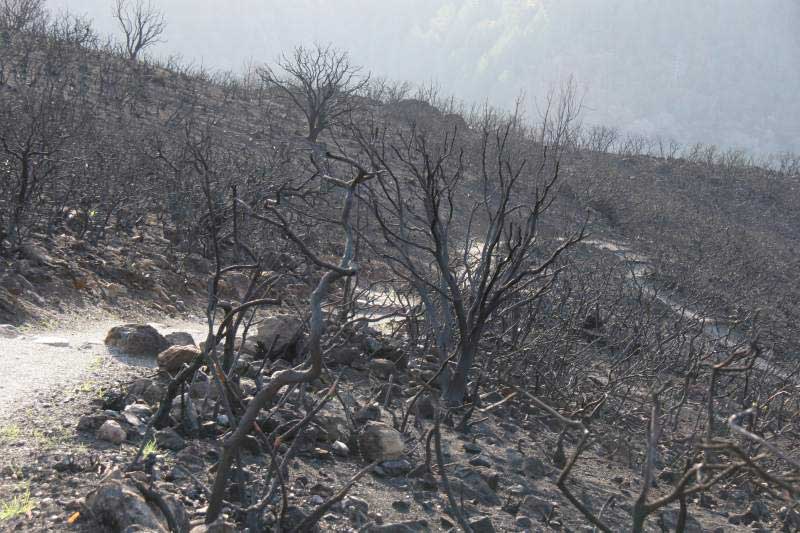 Gov. Gavin Newsom recently told the New York Times that California is facing “the most destructive fires in our state’s history.” It’s clear that we’ve entered a new era, with fires burning hotter, more destructively, and over a longer season. Locally, that has meant severe loss and lack of security for many, in Sonoma County and beyond — not only from the flames, but from public safety power shutoffs resulting in lost business, spoiled food, school closures and uncertainty about the future.

Our own Sonoma Valley, with its wooded hillsides, is more vulnerable than many regions in the state. But the question remains: Why did large-scale destruction by wildfire suddenly become, within the past few years, “the new normal”? And what can we do about it?

The answer is, of course, multifaceted, and many of those facets are fairly well understood. They include:

Climate change: Hotter summers, stronger winds, and shifting climatic regions are a recipe for more powerful fires over a longer season. Their connection to greenhouse gas emissions has been well documented by scientists, to the point that current events have not only met but exceeded their expectations. Curbing that problem means good policies must be put in place at the state and national levels — and that means more people, especially young people, need to vote and to make their voices heard by elected leaders.

Electrical infrastructure: It’s clear that our electrical grid is no longer adequate. Its miles of above-ground wires are dangerous in windstorms. But it’s also less resilient than microgrids, which store local energy, often renewable, to be utilized as needed, providing cleaner energy without fire danger or the need for shutoffs. Building microgrids and undergrounding wires are expensive, but the problems of the old system are getting even more so.

Homes in the WUI: The so-called wildland-urban interface, or WUI, is that liminal region where human habitat runs into wildlands. If we continue to build our way into fire-prone (and flood-prone) areas, we can expect more and more homes will be lost in natural disasters. This is a problem that city and county land use policy can address. For its part, the insurance industry has already begun to respond.

Flammable structures: Homes need to be built differently going forward. They need to be more energy- and water-efficient in order to reduce greenhouse gas emissions. But they also should be “fire hardened,” meaning roofs, vents, eaves and so on are built to withstand flying embers. It’s not trees in the yard that pose a fire danger to the house, but rather the reverse — houses typically catch fire from embers, then spread to nearby houses and trees. California already requires houses to be earthquake-safe, why not fire-safe too?

Land management: Many wildlands in our region are more flammable than they used to be because they’ve been overrun by non-native, invasive, flammable plants like short-lived grasses. Other areas have been systematically deprived of water through ditching or dams. And some (though not all) of our native plant communities are overgrown because of a lack of periodic fire. All of these trends can be reversed through wiser land management practices that produce forests with fewer, bigger, well-watered trees and diverse native understories, and grasslands and shrublands full of diverse, long-lived native species.

Emergency response to wildfire has improved since 2017. The Kincade Fire, for all its destruction, was thankfully not deadly, and fire officials are chalking that up to lessons learned over recent years. But we still must make our communities more fire-safe in the long term by addressing climate change, improving infrastructure, building wisely and managing our land better. That will take a coordinated, concerted and sustained effort from all Californians.

Articles from the Blog